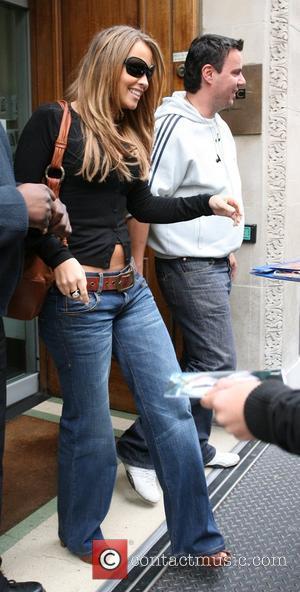 The news comes just days after Jesse, most famous for playing the gardener of Gabrielle Solis in the hit series, was spotted out around Los Angeles holding hands with a mysterious brunette. It was thought that a split was imminent due to cheating on Jesse's part, according to some close to the couple.

However it is now rumoured that Jesse, who has recently spent time in rehab for alcohol issues, has been badly bitten by the green-eyed monster and is even jealous of Nadine's fame and successful pop career.

"Nadine dumped Jesse because he's a complete control freak. She was fed up of his jealous rages and after thinking about it long and hard decided to get rid of him," a source close to the couple told the News of the World today.

The pair has been long-distance dating since a chance meeting in Australia in February 2006 but busy work schedules and trans-Atlantic flights have been reportedly putting strain on their relationship.

"She really loved Jesse, but his rages got worse. He would cause huge rows and Nadine would back down, trying to make a joke of it at first."

Yet it seems the romance has gone from the pair, according to the mystery source. "It was constant and in the end drove a wedge between them," they added.