Gisele Bündchen and Tom Brady are 'in a great place'

Tom Brady has denied rumours his six-year marriage to Gisele Bündchen is on the rocks, insisting they are ''in a great place''. 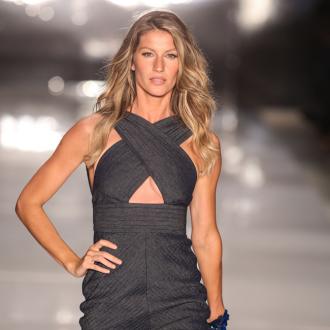 Gisele Bündchen and Tom Brady are ''in a great place''.

The American football star - who has been married to the 35-year-old model since 2009 - has been forced to deny rumours the pair's relationship is on the rocks.

He told Boston radio station WEEI: ''We're in a great place. I'll just say that. I'm a lucky man. I've been very blessed with support from my family and certainly her, and there's no bigger supporter that I have than her and vice versa. I've been very blessed to have an incredible relationship with my life partner, and I don't think anything will ever get in the way of that.''

Meanwhile, a source previously claimed the couple are ''doing great'' despite there being ''a lot of stresses in their marriage.''

They said: ''Tom is singularly focused on his career and sometimes Gisele feels left out. There have been arguments.

''They're living their life, and they're doing great. They didn't spend his birthday together because he was in training camp.

''The biggest challenge they've been facing is dealing with the stress of the Deflategate situation. She's being a supportive wife, just like anybody whose husband would be going through something like this. They're surprisingly pretty simple people and very down to earth. Family is first on all fronts.''