Gisele Bundchen and Tom Brady are 'doing great' despite stresses

Gisele Bundchen and Tom Brady are ''doing great'' despite allegedly having arguments and ''a lot of stresses in their marriage'' since his Deflategate scandal erupted in January. 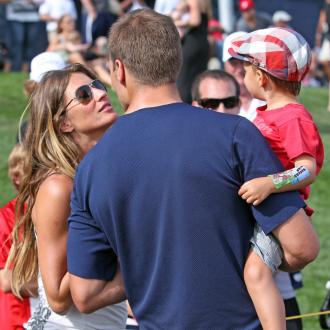 Gisele Bundchen and Tom Brady are ''doing great'' despite allegedly having ''a lot of stresses in their marriage.''

The couple, who tied the knot in 2009 and have two children, Benjamin, five, and Vivienne, two, have reportedly had a string of ''arguments,'' as the New England Patriots quarterback, 38, has been ''moody'' since he and his team were accused of tampering with footballs used in a championship game in January.

A source close to the pair told PEOPLE magazine: ''Tom is singularly focused on his career and sometimes Gisele feels left out. There have been arguments.''

But sources insist the supermodel and the athlete, who also celebrated their birthdays apart over the summer, are still going strong.

An insider close to the Brazilian beauty, 35, said: ''They're living their life, and they're doing great. They didn't spend his birthday together because he was in training camp.

''The biggest challenge they've been facing is dealing with the stress of the Deflategate situation. She's being a supportive wife, just like anybody whose husband would be going through something like this. They're surprisingly pretty simple people and very down to earth. Family is first on all fronts.''

Their mutual pal Cherynne Montanero added: ''They have a good relationship. They seem to have found the balance of having a family and then having a career.''