Gisele Bundchen is set to release a limited edition coffee table book featuring over 300 photos taken throughout her modelling career spanning over 20 years for a jaw-dropping $700. 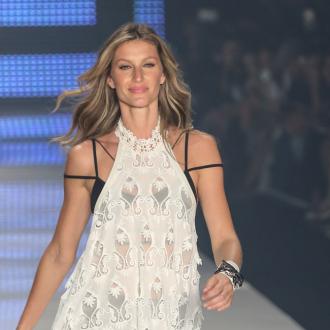 Gisele Bundchen is set to sell a book filled with nude portraits of herself for $700.

The 35-year-old model - who announced her retirement from the runway earlier this year - is planning to release a limited edition coffee table book featuring over 300 photos taken throughout her modelling career spanning over 20 years.

Taschen, a publishing firm in Germany, has put together just 1000 copies of the book and will release it on November 1.

The publisher announced in a statement that the snaps will be ''accompanied by tributes from Gisele's closest friends, family, and fashion leaders, who shed light on how and why she has become one of the greatest models of all time.''

Meanwhile, the blonde stunner, who will personally sign every single copy of the book, topped Forbes' list of highest-earning models earlier this month after she made an astonishing $44 million between June 2014 and June 2015.

The large sum meant she took the top spot for the 14th year in a row, thanks to lucrative advertising campaigns for the likes of Chanel, Balenciaga, Carolina Herrera and Emilio Pucci, as well as profits from her Gisele Bunchen Intimates lingerie collection and the jelly sandals she designs for Brazilian shoemaker, Grenden.