Tom Brady Mansion With Gisele Bundchen Seen From the Sky, They Have a Moat! 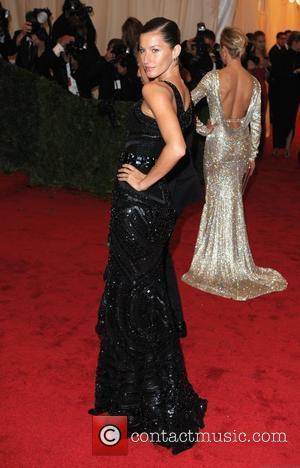 Three years and $20m in the making and the Gisele Bundchen and Tom Brady mansion is complete. The enormous place features a variety of fun things to keep the whole family entertained.

Seen from the sky on the Detroit Free Press, Tom Brady's mansion that he's sharing with wife and three children, is truly enormous. They originally bought the 22,000 square foot abode for $11m, but it has since gone under some major renovation work. It now has a back yard "the size of a small football field'. And what would a Los Angeles home be without a pool? Theirs goes all the way around a corner of the house. There's also a custom made play area for their three young kids; John Edward Thomas Moynahan, from an earlier relationship of Brady's, plus his children with Bundchen, Benjamin Rein Brady and daughter Vivian Lake Brady. Baby Vivian was born late last year and Gisele officially became the most beautiful pregnant lady ever. According to BostInno, the property also has 8 bedrooms, a spa, a weights room and an extensive wine cellar. Sounds perfect.

The real question is why on earth the couple have a moat? Is it out of some kind of need to keep out their medieval foes or whether it's simply in a bid to make sure Vivian and Giselle feel like princesses. We're guessing the latter given the size of quarterback Brady.