Giuliana and Bill Rancic are still hopeful of having another baby, despite their surrogate recently miscarrying their second child. 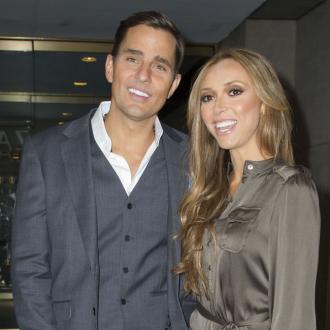 Bill and Giuliana Rancic are hopeful of still having another child.

The couple have been left ''shocked and saddened'' after their surrogate Delphine, who also carried their 21-month-old son Duke, suffered a miscarriage at nine weeks pregnant, but they still believe ''everything will be OK'' and hope to have good news for their fans soon.

Giuliana said in a statement: ''Bill and I want to grow our family more than anything else, so as you can imagine we were shocked and saddened when we received the bad news.

''We are incredibly appreciative of all the love and support from our viewers who have been on our journey for the past seven seasons and hope to have good news to share with everyone soon.

''We have had our share of ups and downs and our faith is strong therefore we know in the end, everything will be OK.''

Giuliana says she and her spouse have faith in the ''bigger plan'' for their lives and have accepted the tragedy.

She told E! News in an interview: ''It's really about knowing there's a bigger plan at play, so for some reason, it wasn't meant to happen this way. It'll all be clear one day soon.''

The tragic news was announced in the season finale of 'Giuliana & Bill' and the presenter admits it was tough having cameras present.

She said: ''I gotta say, though, in that clip, what really happens there--you know, you're getting this call and there's cameraman around you and all these people and Bill and I kinda looked at each other like, 'You know what? Let's just make this call short and let's get off camera and talk to the doctor more about this.'

''We're kinda in shock, but we had to take the conversation off-camera when some things have to be private, especially when you're first learning information like that.''