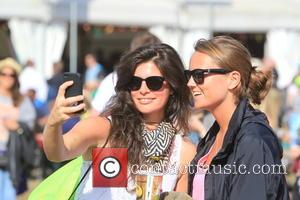 In an interview with British radio station Magic FM on Friday (06nov15), the rocker confessed he's a big fan of the show and would love to have landed a part in it.

When asked which show he'd want to appear in, Chris replied, "Downton Abbey. Maybe like a guest piano tuner." He then added in a regional British accent: "Oh, regular tuning, sir."

Previous stars who have landed guest roles in the drama include George Clooney, Shirley MACLaine and Richard E. Grant, but Chris is unlikely to see his dream fulfilled as Downton Abbey will end with this year's (15) special festive episode.

Coldplay have confirmed they will be performing at Capital FM's Jingle Bell Ball at London's O2 Arena next month (Dec15). The band, currently promoting new album A Head Full Of Dreams, will be appearing alongside Ariana Grande, David Guetta, Jason Derulo and Jess Glynne at the gig on 5 December (15).