Who will headline Glastonbury 2014? We think we have an idea. 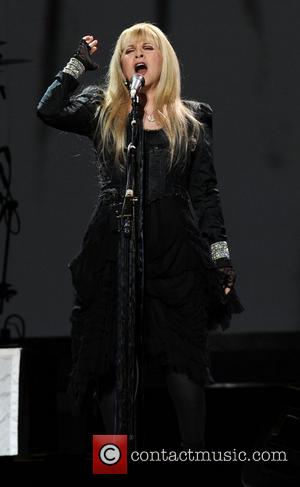 Glastonbury Festival boss Michael Eavis has revealed that he has more or less signed the headliners for 2014, teasing that neither act has played the historical music gathering in the past.

In an interview with NME, Eavis explained, "Next year's headliners are more or less in place. They're three bands who haven't played Glastonbury, and that's important." Though the article sent the internet into frenzy with speculation over Eavis's dream headliners Prince and Madonna, the emphasis on the word 'band' appears to suggest the acts will be more conventional four or five-pieces, perhaps in the rock genre.

Of course, both acts travel with accomplished bands - Prince particularly - though Eavis's comments leaves those possibilities in doubt - for this writer at least.

Of course, the announcement also kills off any hopes that David Bowie will make his live comeback, having performed at the festival twice before.

"There aren't many bands left who haven't played the festival, and before we run out I'd like to persuade the ones on my wish list to come down," Eavis continued in the interview, "I think I've managed that with these three."

Eavis is known for his shrewd PR exercises, particularly in the lead up to ticket releases, though let's take a minute to mull over the possibilities.

Earlier this year, the festival-guru site eFestivals posted a report suggesting Elbow, Fleetwood Mac and Depeche Mode were the three bands that Eavis had targeted for Glastonbury 2014. It read:

"Whether these two acts will headline Glastonbury 2014 we cannot tell you with any certainty, because our understanding is that nothing has been contracted as yet and things often change in the months that pass between a loose verbal agreement and signed contracts (normally in the Autumn) . but we're about as certain as we ever get that Elbow, Fleetwood Mac, and Depeche Mode are the three bands Michael Eavis was referring to many months ago when he said he had the 2014 headliners sorted."

Having played Glastonbury a couple of times, Elbow appear to be out of the running, though Fleetwood Mac and the returning Depeche Mode now seem increasingly likely to be named headliners for 2014. The latter turned down a slot at the festival in 2009 with keyboardist Andrew Fletcher telling The Daily Star: "Glasto would be fun but the line-up didn't quite work for us.Getting the right bill is important." Eavis eventually plumped for Neil Young, Bruce Springsteen and Blur in what remains one of the defining years in the festival's history.

Fleetwood Mac were widely speculated to headline Glastonbury in 2013, though ruled themselves out by booking at U.S. tour that clashed with the Saturday and Sunday of the festival. The legendary reunited rockers are known to be on Michael Eavis's radar and singer Stevie Nicks publically stated her desire to play Glastonbury having watching Beyonce's triumphant headlining slot from her London hotel room in 2011.

Another slightly left field choice would be Pearl Jam. The U.S. rockers have played many a festival, though whether they fit with the Glastonbury aesthetic remains to be seen. Still, with their new album Lightning Bolt due on October 15 and the possibility of a lengthy world tour to follow, Eddie Vedder and company could finish things off nicely in a Somerset farm next June. Will Depeche Mode Play Glastonbury After Turning Down The Chance in 2009?

Pearl Jam Would No Doubt Deliver A Blistering Glastonbury Set