Glastonbury Festival Sold Out, But Eavis Maintains Headliners Will Be Debutants

Will Kanye West be at Glastonbury? 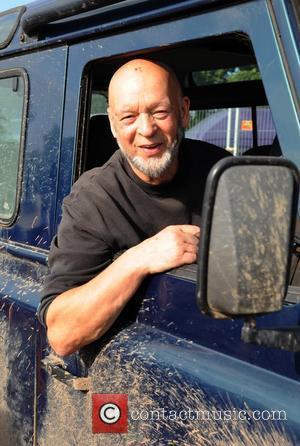 Over one million people had registered for the event, with the unlucky music fans now relying on a handful of small re-sales next year to secure tickets.

Organisers Michael and Emily Eavis said in a statement, "We have, once again, been blown away by the numbers of people who were hoping to join us at the festival, and we're sorry that many of you have missed out on a ticket.

"We genuinely try to make the ticket system as fair as it can be, but when demand outstrips supply it is an unfortunate inevitability that some people will be left disappointed."

Nevertheless, official ticketseller See Tickets once again came under heavy scrutiny after technical issues affected the first 30 minutes of sales. Fans were left bemused as to how the company could possibly fail to prepare for the frantic morning of ticket sales. It seems to be an annual occurance.

Next year's festival takes place at Worthy Farm from 25 to 29 June, with Michael Eavis confirming last month that the headlines were in place.

"They're three bands who haven't played Glastonbury, and that's important," Eavis told NME. "There aren't many bands left who haven't played the festival, and before we run out I'd like to persuade the ones on my wishlist to come down. I think I've managed that with these three."

The relatively reliable festival website eFestivals had suggested in July that Fleetwood Mac, Depeche Mode and Elbow would be the 2014 headlines, though Eavis' remarks suggest that may not be the case, given the latter has played the festival before. The Strokes, Rihanna, Daft Punk, Madonna, David Bowie and The Foo Fighters are also rumored.

Last year's festival featured headline performances from Arctic Monkeys, Mumford & Sons and a triumphant set from The Rolling Stones. Eavis acknowledged that it was the best line-up yet.

"I'm not going to say we can do it better because we can't, that was the ultimate festival this year," he told BBC Newsbeat. "Downhill all the way now. I've had 44 years of an incredible career and we're still milking the old cows as well." Stevie Nicks Could Be On The Glastonbury Stage Next Year