The Forecast Looks Good For A Sunny Glastonbury Festival

The weather forecast for the weekend is good, very good in fact. Still, best pack your brolly and wellies anyway 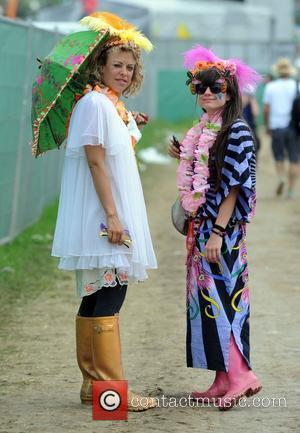 Glastonbury Festival will be returning after a year off this weekend (June 28 - 30) and after a year away it looks as though at least one classic Glasto tradition will be void from this year's itinerary; the rain. Weather forecasts are indicating that in a much-needed break from the norm, the weather at this years Glastonbury will actually be good for a change and the sun will shine on in Somerset for the full stretch festivities.

BBC Weather is predicting an overall mix of sun and cloud over the course of the week, with a few chances of rain cropping up at points. Of course this is the British summer, and the British summer is never complete without buckets of rain at the worst possible time. Forecasters are predicting that the rainfall will only really be a problem on Tuesday and Thursday, which might make setting up the festival a living hell for organisers, and the same for earlier-comers on Thurs, but hopefully the sun will pull through and things will go off without too much disruption.

Temperature wise, weather experts are predicting an average in the mid-teens, with highs of 24C on the Sunday, when the headliners are Mumford And Sons. Also playing headlining slots during the weekend are the Arctic Monkey and Rolling Stones, who are making their first ever appearance at the festival in it's many years as a British summer institute - not that you'll be able to see them unless you have tickets for the festival that is.

So the outlook is good, but this is Glastonbury after all, so all of you thinking of leaving the waterproofs and the wellies behind best think again. Beyonce put on a show-stopping performance at the last Glasto