Prince To Rain At Glastonbury

Prince is being lined up for one of the headlining slots for Glastonbury 2011, with U2 and Coldplay also set to play. 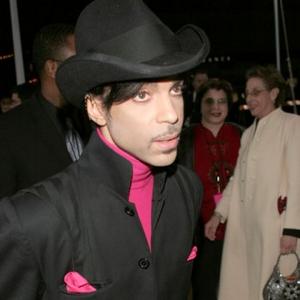 Prince is set to headline next year's Glastonbury Festival.

The 'Purple Rain' hitmaker has reportedly taken one of the top slots at the UK music festival - one of Europe's largest - with U2 and Coldplay also being lined up by festival organiser Michael Eavis.

A source told The Sun newspaper: "Michael was very keen to get the line-up sorted early and is over the moon at securing such massive acts. He is a huge fan of Prince and has been trying to nab him for years.

"The fact it's been tied up so quickly is a big, but welcome, shock."

Irish rockers U2 were forced to pull out of their first-ever appearance at Glastonbury this year after frontman Bono injured his back and organisers are said to be thrilled to have them secured for 2011.

The source said: "U2 were a fairly obvious capture. Michael immediately had his sights set on them after they were forced to cancel, and they were very happy to oblige."

U2 were left hugely upset by having to pull out of the iconic festival, which they had even written a special song, titled 'Glastonbury' for. Cartoon-led pop band Gorillaz stepped in to replace the band as headliners at the last minute.

Coldplay previously played the festival in 2005 and founder Michael has reportedly been trying to get them to return ever since.

The source added: "Michael has previously said Coldplay's set in 2005 was his personal favourite and is very pleased to be welcoming them back."

Michael recently confirmed all three headliners for next year have been booked, but refused to confirm who they are.

He said: "The headliners next year are absolutely fantastic - I can guarantee that. It'll be on a par with this year, and possibly slightly better even."