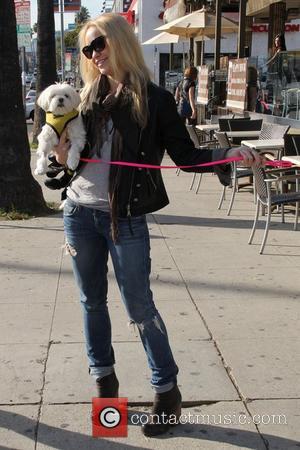 Glee star Lea Michele burst into tears while shooting her first commercial for makeup firm L'Oreal, because she felt blessed following in the footsteps of former faces Beyonce and Jennifer Lopez.

The actress landed a $1 million (£625,000) contract to promote the French beauty giant last year (12), and Michele admits she was so honoured to utter the brand's famous tag line, she cried filming her first ad.

She tells Teen Vogue magazine, "When I shot my commercial in New York, they (producers) said, 'Okay, now look into the camera and say, Because you're worth it.' Before I even said it, I burst into tears. I was like, 'Oh my God, I can't believe I'm a part of this family now.' I am so grateful!"

And the star, who was was once told by Hollywood casting agents to get a nose job, confesses she never thought her Italian/Jewish background would be considered beautiful enough for the role.

She explains, "I've always felt very beautiful and confident in my own skin. I love my ethnicity and my heritage. I love when I see it in my nose and dark hair. Whether or not I felt the industry would see me that way or accept me - that was always a question. But believing in myself was never a doubt."