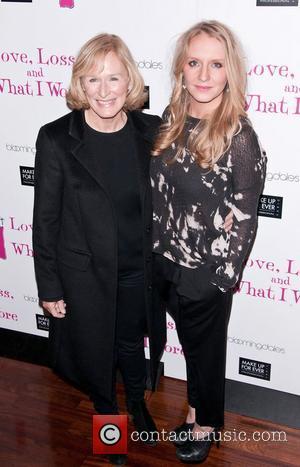 Glenn Close is turning her upcoming performance at the home of her beloved New York Mets baseball team into a TV wrap party by inviting the cast and crew of her hit legal drama Damages to join her for a night out at Citi Field.
The Hollywood veteran has been asked to sing the U.S. National Anthem at the stadium in Flushing, Queens next Saturday (18Jun11), when the Mets face off against the Los Angeles Angels of Anaheim.
And Close, who has a long history with the Mets, is praying she pulls off a great rendition of the patriotic song to give her team the extra boost they need to secure victory in the second of three games against the Angels.
She explains, "Twenty years ago I was dared to sing the anthem... it's terrifying. It's a very hard song to sing, to begin with. (If you forget the words) that's embarrassing.
"I've sung for them for 20 years and I was the last person actually to sing at the old Shea Stadium, God Bless America. I think it's my responsibility to sing it right, 'cause then they'll win. So I think that maybe, come June 18th, if I sing it really well, maybe the tide will turn."
Close's performance will help to raise money for her mental health charity and she will be cheered on at the event by her Damages co-workers.
She says, "We're doing it for a great cause, Bring Change 2 Mind, an organisation I helped to co-found to stop stigma against mental illness.
"A lot of the crew and cast of Damages are going to be there, it's kinda gonna be our wrap party. June 18, an evening show at the Mets."
Shooting on the fourth season of Damages, which also stars Rose Byrne, Ted Danson and John Goodman, was recently completed and it will premiere in the U.S. in July (11).