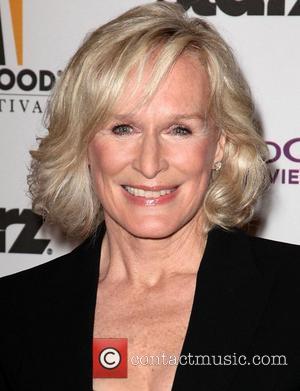 Glenn Close has become an guardian angel for a returning Iraq War veteran after helping secure a custom-built home for the hero.
The Fatal Attraction star contacted the producers of U.S. TV show Extreme Makeover: Home Edition and asked them if they'd be interested in helping Staff Sgt. Allen Hill, who she befriended through her work with soldiers suffering from post-traumatic stress disorder.
The military man, who survived a bomb blast during his tour of duty, couldn't return to his home in Kansas because it's next to a rock quarry and the noise triggered debilitating flashbacks.
Close says, "Every time there was an explosion he would go into a flashback, which is like a catatonic state."
The actress' story touched the TV show producers and they agreed to build Hill a home in one week.
Family and friends who gathered for the unveiling, which will air on TV in America on Friday (04Nov11), had to be silent for the soldier's big surprise - because loud cheering would have ruined the moment for him.
Close tells People.com, "The whole crowd, children included, had to be absolutely silent to give him a chance to digest what's going on. It was just amazing.