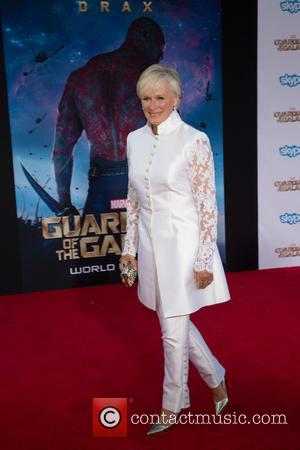 Picture: Glenn Close - The premiere of Marvel's 'Guardians Of The Galaxy' at the Dolby Theatre in Hollywood - Arrivals - Los Angeles, California, United States...

Actress Glenn Close has opened up about the 15 years she spent trapped in a religious cult.

The Fatal Attraction star spent her childhood as a member of radical religious group the Moral Re-Armament (Mra) and didn't break free until she was 22.

In a revealing new interview with The Hollywood Reporter, Close explains she had trust issues for years, because all her beliefs had been "dictated" to her.

"I would have dreams because I didn't go to any psychiatrist or anything. I had these dreams, and they started with betrayal, a sense of betrayal, and then they developed into me being able to look at these people and say, 'You're wrong. You're wrong'. And then the final incarnation of those dreams was my being able to calmly get up and walk away. And then I didn't have them anymore."

Close reveals the leaders of the cult, which changed its name to Initiatives of Change in 2001, didn't attempt to lure her back because "they knew that was it". She adds, "I had nothing to do with them from that point. And I wouldn't have anything to do with them."

But she had to forgive her father, who dragged her and her siblings into the cult, adding, "Forgiveness is probably the most revolutionary concept there is right now in our world. Because without forgiveness, you just perpetuate what has been before."