Lawyer Gloria Allred Is Seeking To Depose Bill Cosby For A Second Round Of Questioning After Spending Seven Hours Quizzing Him About The Alleged Sexual Assault Of Her Client Judy Huth On Friday (09oct15). 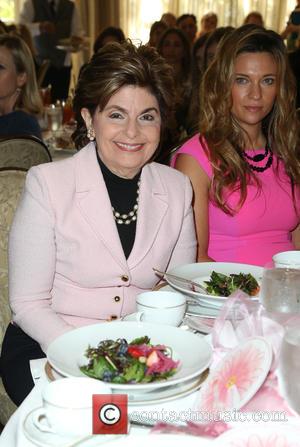 Picture: Gloria Allred - The Get In Touch Foundation's 2nd Annual 'PRETTY IN PINK' Luncheon & Women of Strength Awards - Inside at Four Seasons Hotel...

Huth is one of more than 50 women who have come forward with decades-old accusations of inappropriate behaviour, drugging and/or rape against Cosby in the past year. The statute of limitations has expired in almost all of the cases, preventing the alleged victims from pursuing criminal charges, but Huth claims she was just 15 when the embattled comedian reportedly forced himself upon her while at the Playboy Mansion in California in 1974.

She filed a sexual assault lawsuit against Cosby in December (14) and on Friday, he was forced to address the sex claims under oath for the first time in a decade in a deposition with Allred. The session lasted several hours, but Allred insists she is far from finished and is now planning to request a second deposition of Cosby. Huth is due to be deposed on Thursday (15Oct15) and a California judge will decide whether to keep the testimonies sealed, as per a request by the defendant, during a hearing in December (15). The actor's attorneys have denied Huth's accusations and dismissed her lawsuit as frivolous.

Cosby has never been charged with any crime relating to the many accusations piling up against him, although he settled a previous case with Andrea Constand out of court in 2006. During that deposition, which was released in July (15), the funnyman admitted to obtaining powerful sedatives to give to women he wanted to sleep with.

Meanwhile, on Friday (09Oct15), Cosby lost a separate bid to have a libel lawsuit brought by three other women dismissed in a Massachusetts court. The alleged victims claim their reputations were tarnished after the star's representatives denied their sex accusations, claiming they had been "fabricated", and the judge agreed he should be held liable for the comments.

The decision was made hours before an interview with 27 of the females accusing Cosby of sexual assault aired on America's Dateline programme. During the candid chat, which included an appearance from former supermodel Beverly Johnson, many broke down as they recalled their alleged encounters with The Cosby Show star and they hit out at critics who have accused them of teaming up to take the 78 year old down.

Eden Tirl, who came forward with her allegations in August (15), stated: "It's insane that people actually think that any of us would have come together to bring down some celebrity, whose celebrity was already starting to fade long before we came forward. We're using our voices to say, 'This isn't OK.'"

Morton Downey Jr. was unequivocally the most controversial talk show host of the 80s with...