Latin Superstar Gloria Estefan Has Been Funding Groundbreaking Medical Treatment For A Boy From Florida Who Was Born With Infant Cerebral Palsy And Autism. 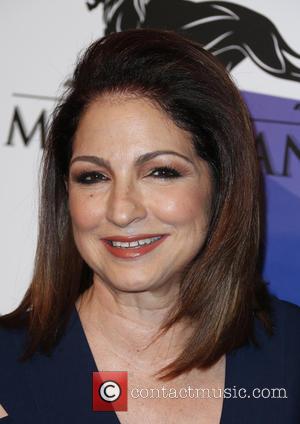 The Rhythm Is Gonna Get You hitmaker learned about young Nicholas 'Nico' Katrib's plight via Twitter.com earlier this year (15), after his mother launched a crowdfunding campaign online to raise the $36,000 (£22,500) needed for a summer (15) treatment programme at the Rehabilitation Institute of Chicago to help him walk.

The GoFundMe.com effort was brought to Estefan's attention by a fan and she was so moved by Katrib's story, she decided to reach out to the child's mother, Yordanka Fernandez, and offer to cover all costs for the treatment.

Estefan recalls, "I clicked the link and I saw that Nico's mum had been doing everything in her power to get him to the institute. I knew there was a deadline because she was trying to get him into a summer program.

"I told her to keep the money that had been raised on GoFundMe to help with her other important expenses."

Fernandez tells People.com, "I thought someone was playing a joke on me. But then when I was able to talk to Gloria, I was just in a state of shock. I couldn't laugh, shout or cry."

The singer was able to meet eight-year-old Katrib, who was born three months premature, and his parents face-to-face on Monday (29Jun15), when she paid a visit to the Rehabilitation Institute of Chicago, and she admits the meeting was "so emotional".

Estefan adds, "He was adorable. He gave me kisses and knew my name."

The star reveals she connected with Katrib's story after facing her own health crisis 25 years ago, when she was almost left paralysed by a serious bus crash.

She says, "I had a doctor that looked outside of the box and gave me hope. So when I saw this mother doing so much for her son, it really touched me and I wanted to help her."