Along with the similarly niched Late Night Tales series, DJ Kicks has continued to exhibit the kind of durability which only comes with a highly perceptive choice of guests and a reputation for making the unconventional attractive. Sixteen years on from the franchise's first release (Which featured techno maven CJ Bolland if you must know) the latest instalment comes from Peckham's Derwin Panda - for fear of ridicule his forename is changed to Gold whilst in "The performance zone" - an artist still basking in the critical halo that surrounded the release of his debut album Lucky Shiner last year. 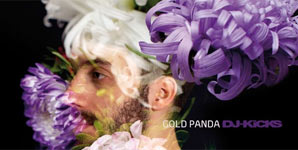 Straddling the divide between Hot Chip at their most danceable and lo-fi bedroom boffins like Memory Tapes and Owl City, Lucky Shiner's aesthetic was field trip more than dancefloor, and Derwin himself introduces this new 22-track set with the surprising caveat "I'd never consider myself a DJ".

He does alright though. With the emphasis on weaving something coherent and sublime rather than the more traditional drop and crescendo model, and the result is an accessibly melodic collection, if sometimes too understated for its own good.

Showcasing an exclusive new track of his own to lead off - the economically titled An iceberg Hurtled Northward Through Clouds - Derwin then goes on to concoct a roster of personal favourites and essentials for the discerning non-DJ about town. Of the former, Puerto Rican Girls by Melchior and Prosanto marinades in its own cool, whilst Closer Musik's Maria is a utopian travelogue courtesy of bells and a motorik drum loop.

Obscure but not for the sake of it, the newer selections are equally cosmopolitan, with the more relatively speaking familiar names like 2562 and Zomby mining old funk traces and electro-harp sounding washes respectively. At times it's a mix that's delicate, fragile almost, an impression underlined on Jan Jelinek's If's, And's & But's, but there is muscle too, on Pawel's Coke, or the soupy, paranoia filled dubstep of the LV & Untold's Beacon. The experience of synthesising this journey has changed its creator's perceptions too, one that has resulted in a developing mutual appreciation of the art, so let's leave the last word to Derwin Panda: "I've so much more respect for people that do DJ now". Amen. 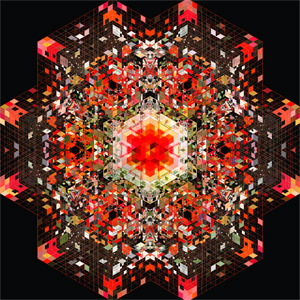