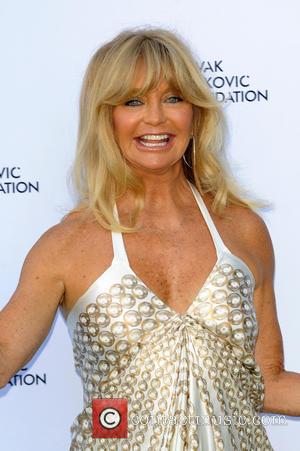 The 80 year old passed away at her home in Burbank, California on Sunday (28Jul13) after a battle with bladder cancer, and the news has prompted an outpouring of grief among her famous friends and colleagues.

Hawn appeared opposite Brennan in 1980 comedy Private Benjamin and she was among the first to pay tribute to the late actress, writing in a post on her Twitter.com page, "We have lost my old friend Eileen Brennan. No one ever made me laugh more! Now I cry. Please keep singing darling on high. Rest."

Brennan also appeared in U.S. drama series 7th Heaven, and a number of her co-stars on the show have expressed their sadness publicly.

Beverley Mitchell writes in a post on Twitter, "So blessed to have worked with Eileen Brennan. She was incredible as Mrs. Bink. 7th Heaven she will be missed! Thank you for the memories," while Stephen Collins tweets, "Rip to the great Eileen Brennan, who graced 7th Heaven as the wonderfully strange Mrs. Bink. What a talent, what a career, what a life."

Actresses Elizabeth Banks and Eliza Dushku have also offered tributes to Brennan, along with Neil Patrick Harris, who writes, "Rest in peace, Eileen Brennan. Your performance of Mrs. Peacock in Clue was one of the funniest I've ever seen. You'll be quoted forever."