Goldie Hawn has been married twice, but in her 30-year relationship with Kurt Russell, the couple have decided marriage is not for them. 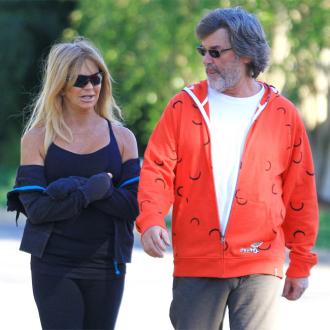 Actress Goldie Hawn has called her 30-year relationship with Kurt Russell an ''incredible ride''. The actress, who is 68-years-old, has a 27-year-old child, Wyatt, which her partner, despite them choosing to never marry. Their long relationship has gone on mainly due to their shared goals, suggests Hawn, even though the couple have radically different personalities.

Hawn has stated that ''Relationships are always challenging because you're living with someone and two people are very different but it really is about, 'What are your core values? What are the things that matter to you? Kurt's quite different in many ways to what I am, and vice versa, but we want the same things out of life and so it's been an incredible ride with him. There's nobody like him. He's one of a kind. He's true blue and everything he says he means. You might not like it, but he sure does mean it. He's not political, he doesn't play games. I just have a lot of respect for him.''

Hawn has previously been married twice, with two children from her second husband, Bill Hudson, named Kate and Oliver Hudson. Two marriages seem to be enough for her, however, as she thinks it is 'nice', yet is not interested in pursuing it again. When asked about it on the Jonathon Ross show, Hawn spoke of the idea of marriage and why she had never married Russell, saying: ''I don't know, we just didn't get married. The relationship itself is a big deal. Marriage is a ceremony, which is nice, and it's a promise, which is nice, but you make that promise every day... Marriage does not necessarily mean that you're going to stay together and it really has to do with your will to be together, your devotion and your ability to listen to each other.''