Hard to believe that ten years have passed really, makes you question where that time went. When you think about it, Gorillaz have experienced great success for what is more a project in music than a conventional band. 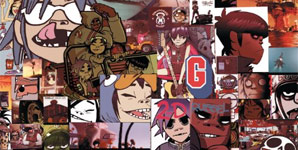 There is no doubt that Gorillaz were, and still are, a clever music project - The creation of Damon Albarn and cartoonist Jamie Hewlett to see what they could do with a virtual band. A band that is certainly more about the music than the people. Because the band are two dimensional! It was a clever, fun, and original idea.

Ten years in the life of Gorillaz (since the first album release) has seen them recognised as the most successful virtual band for sales of their debut album, numerous award nominations, collaboration and guest appearances, and festival slots.

More recently there have been live performances featuring the actual band behind the 2D concept, yet the characters remain to be the icons of Gorillaz. They have their own quirks and personalities which have developed over time. Animated videos for live tracks have been done with humour to make them as interactive as possible with the music. It really is the creation of two creative skills, music and art.

Listening back to their work you get to rethink how experimental they are, and how they push the boundaries of normal technology within music. They mix genres, create new concepts, and mix live with animation. Whilst some bands will have a fortune spent on recording studios and months of time locked away, the last album release from Gorillaz was recorded entirely on an ipad!

The Singles Collection can serve two purposes; a compact and concise catch up session for anyone not already familiar with Gorillaz (and you really should be), or simply a collection of your favourite tracks from their past four albums. What are for many, iconic tracks of events of the past ten years of their life - A winner! 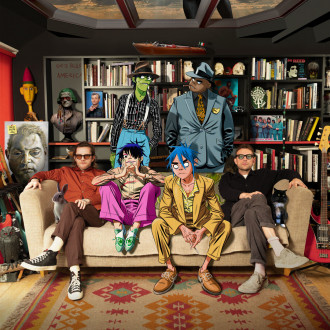 Gorillaz add Turnstile and more to All Points East date

Album Of The Week: The twentieth anniversary of the eponymous debut album by Gorillaz