Review of El Manana/ Kids With Guns Single by Gorillaz 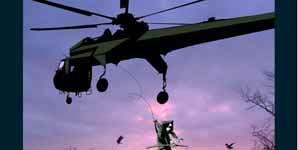 I'm pleased I've got to review this, because it gives me chance to vindicate what I've been saying all along. Love him or loathe him, Damon Albarn is the true musical genius of my generation- and possibly the only musical chameleon to match the scope of David Bowie. Following the spectacular triumvirate so far released from 'Demon Days' both 'Kids With Guns' and 'El Manana' is altogether more laid-back- fully highlighting the work of the undercredited Danger Mouse on production duties and seeing Albarn's trademark put-upon drawl which was so effective on Blur's 'Think Tank' re-aired from being a poor cousin to it's predecessors it merely shows another string to Albarn's impressive bow. Yes it may seem another unnecessary single, but it's worth it just so people hear the phenomenal range of this man's talent, both in writing, arranging and compiling songs and in choosing the right hands to make it great. Those who still can't hear it should take their fingers out of their ears and stop humming 'Roll With It'. Or 'Parklife' for that matter.