The guitarist has enjoyed reconciling with the Britpop icons following a series of summer concerts and wants to get back into the studio with bandmates Damon Albarn, Dave Rowntree and Alex James.

He said: "I'm up for it, doing another one - it would be a really interesting thing to do.

Graham insisted there are no definite rules or formulas the group would have to stick to on a new record because their back catalogue is so diverse.

"'Think Tank' was another kind of animal as well. It's almost like we can start wherever we want, do whatever we want."

Despite Graham's enthusiasm, his bandmates are not so keen to take the reunion further.

Frontman Damon said earlier this week that he didn't want to do any more concerts with his bandmates as it would taint their recent shows.

He said: "I think this is beautiful, what we've done, and I don't want to ruin it." 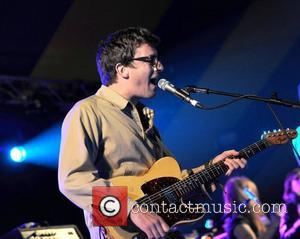