The Irish presenter got most of the money via his own production company. 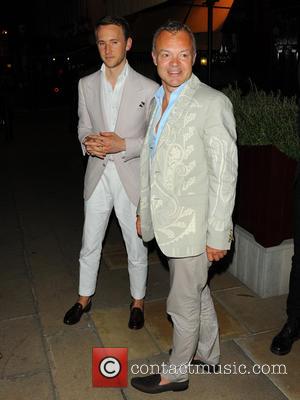 Ever wanted to know the answer to the following question: how much does Graham Norton earn? Well you’re about to. It has been revealed that the funny-man earned £2.61m last year alone from the BBC for his television show on their flagship channel and his radio show on BBC Radio 2, The Mirror report.

He was paid for "presenter fees, production fees and royalties". These details were revealed after the BBC launched a cost-cutting campaign, which includes plans to cut fees paid to top entertainers, like Norton.

The Corporation has pledged to cut the six-figure salaries.

Norton is one of fourteen stars earning more than £500,000 a year at the The BBC, but not all fourteen names are set to be released. A BBC spokesman said: "The BBC publishes talent pay in bands but does not comment on individuals' salaries.

This hefty pay packet was revealed via Companies House from details filed by his company So Television, which produces his shows for The BBC.

Norton, along with his business partner, sold So Television to ITV for £17m. They received £10m up front, and remain directors. The BBC has pledged to lower, or lose, the wages of their highest earning talent.

They are under intense pressure to do so considering they’re funded by U.K tax payers, meaning the scrutiny for them to spend their money wisely is constantly heightened. Graham Norton at the Comedy Awards 2012