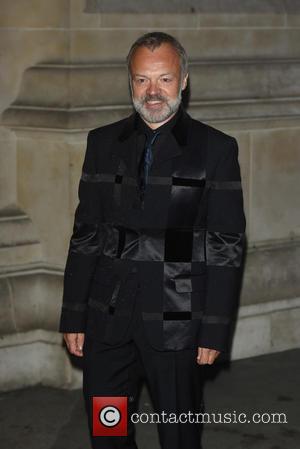 In an appearance on Norton's U.K. programme this week (ends12Apr15), Tucci admitted the host had been a big influence on the development of Flickerman, telling him, "When you create a character, you steal and cull from all sources. He's a cross between Wayne Newton and Jiminy Glick and there's a little piece of you Graham - the intelligence!"