Filmmaking siblings Lana and Andy Wachowski never do anything by halves. The Matrix was a genre-changing blockbuster followed by two head-scratching sequels that ramped everything up a bit too much. Speed Racer was simply too much eye-candy for most viewers. And Cloud Atlas' intertwined storylines left audiences both exhausted and exhilarated. Now they've taken on the space action adventure with unfettered gusto, creating an utterly bonkers story that can't help but keep us thoroughly entertained. So it turns out that Jupiter (Mila Kunis), an immigrant cleaner in Chicago, is actually the recurrence of a powerful matriarch whose empire runs the universe as a big business. Her three children (Eddie Redmayne, Douglas Booth and Tuppence Middleton) are tussling over control, because their mother's re-appearance changes their inheritance rights. Chased by bounty hunters, Jupiter is rescued by Caine (Channing Tatum) and his cohort Stinger (Sean Bean), who help her navigate the complex galactic society to claim her genetic rights. But each of the three children has plans for her. And as she zips back and forth across the universe, Jupiter realises that she's going to need to rise to the occasion if she wants to save herself. And Earth.

The Wachowskis clearly understand that the story is far too complicated to make much sense, so they only provide enough information to hold the audience's interest. Large plot threads and characters pop up and disappear at random, while Jupiter's own journey lurches through a series of contrived set-pieces and tense encounters that feel oddly unresolved. But none of that really matters, because the film is infused with a sardonic sense of humour that makes it enjoyable. Even the bad guys are intriguing; there's not much Redmayne can do with his leather-trousered grump, but at least he goes for it. Kunis has a great time with Jupiter's continual sexy costume changes, while Tatum performs a series of action scenes with his shirt off for no real reason. All of the cast members dive in without hesitation, using sheer charisma to make the characters a lot of fun to watch.

Mad geniuses Tom Tykwer (Perfume) and the Wachowski siblings (The Matrix) boldly take on David Mitchell's layered epic novel, which connects six generations through the power of storytelling. The film takes so many huge risks that it's breathtaking to watch even when it stumbles. And as each tale is passed on to the next generation, the swirling themes get under the skin.

The six stories are interlinked in a variety of ways, transcending time to find common themes. On a ship in 1849, a seriously ill American lawyer (Sturgess) shows kindness to a stowaway ex-slave (Gyasi). In 1936 Edinburgh, a great composer (Broadbent) hires a musician (Whishaw) to transcribe his work, then tries to steal the young man's magnificent Cloud Atlas symphony. In 1973 San Francisco, a Latina journalist (Berry) gets a tip about dodgy goings on in a local nuclear power plant. In present-day London, a publisher (Broadbent) is trapped in a nursing home by his brother (Grant) and plots a daring escape. In 2144 Neo Soul, an official (D'Arcy) interrogates a replicant (Bae) who started a rebellion alongside a notorious rebel (Sturgess). And in a distant stone-age future, an island goatherd (Hanks) teams up with an off-worlder (Berry) when they're attacked by a warlord (Grant).

While the themes in this film are eerily involving, what makes this film unmissable is the way the entire cast turns up in each of the six story strands, changing age, race and gender along the way. Even so, they're essential variations on each other. Weaving is always a nemesis, whether he's a hitman, a demon or a nasty nurse. Hanks' characters are always strong-willed and often badly misguided. Grant goes against type to play sinister baddies. And D'Arcy is the only actor who plays the same character in two segments, as Whishaw's 1930s young lover and Berry's 1970s elderly informant. Meanwhile, each segment plays with a different genre: seafaring epic, twisted drama, political mystery, action comedy, sci-fi thriller and gritty adventure.

By Christopher Null
OK
With their third (and hopefully, final) Matrix movie, the Wachowski brothers have delivered a dud so disappointing, they may as well have bussed in Ewoks to save Zion.

To understand why, let's just dive right in. 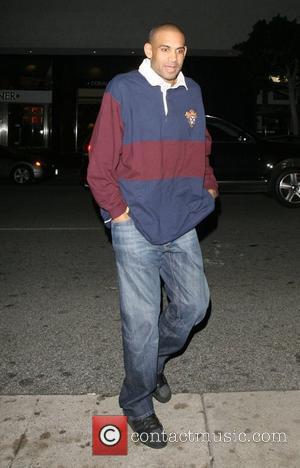