Review of Things That Fade Album by Greeen Linez

Blasting their way into areas of music usually reserved for the likes of famous electronic artists Jean Michel Jarre or Vangelis (though I think with the London 2012 soundtrack consisting of nothing but Chariots of Fire, we've all had enough of Vangelis for the time being). Despite this, electronic act Things That Fade are intent on leaving their mark on a crowded musical market. This, their latest studio album, entitled Greeen Linez, which isn't so much a title as a spelling mistake, is the method through which they intend to wow their listeners. 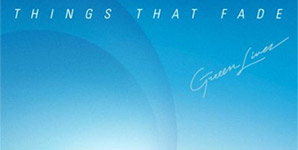 In all honesty, it's actually pretty good. The first track, the title song Greeen Linez, leaves a lot to be desired, as it sounds like music that's all been done before. However, it's definitely a grower, and Palm Coast Freeway has some immensely satisfyingly funky basslines that make even the most cynical listener give this album a second chance. Even for someone who isn't at all into electronica, it can actually worm its way into the affections, almost forcibly stopping a listener from turning it off.

The bass is consistently present and consistently good all the way through the album, being the backbone of most of the tracks. The drums are exactly what one would expect from an electronica album, right at the forefront and quite snappy, which is good to see in terms of the genre. As for the rest of the music, the lack of vocals is nothing new, and the synths in the background (there's even some effected-up xylophone in there, which was a nice touch) are used effectively, and not overdone. It's really quite talented, but it does take some getting used to.

Issues - there's a few large problems that do slightly need addressing. The main one being that it does sound slightly like music one would get in a lift up a skyscraper. Either that, or it sounds like music that one would get on an advert late at night. It just doesn't leap straight out of the speakers and into the heart of the listener. It'll be listened to, appreciated slightly for what it is, and then forgotten about. Unless the listener is a connoisseur of electronica. Possible, but doubtful.

Overcoming this, though, it's on the whole a good album. There's worse out there, and this has obviously taken some talent to make. The bass guitar all the way across the album is amazingly 'cool' to use exactly the right word, it's a funk element in the wrong setting. But overall, 80's electronica belongs in the 80's, and there isn't really much of a market for it at the moment. A good album, though.