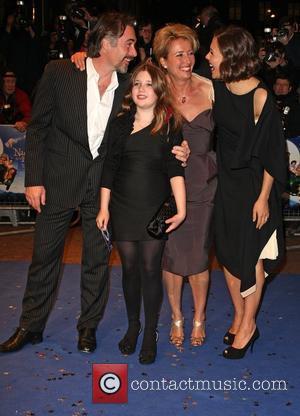 Actor Greg Wise tried to seduce Kate Winslet before he married Emma Thompson - after a clairvoyant told him he was destined to wed a Sense And Sensibility co-star.
Wise met both Winslet and Thompson on the set of the 1995 movie, and was convinced the Titanic star was his future wife after a fortune-teller predicted he would fall in love during filming.
But because Thompson was still married to Kenneth Branagh at the time, Wise tried to date Winslet instead - but they failed to hit it off. He went on to wed Thompson in 2003.
Thompson says, "Of course I was still married to Ken so Greg thought it must be (Kate) Winslet and he courted her assiduously. He took her to Glastonbury (in England) - not the festival, the town, because we were filming nearby - and she hated it. So he thought his friend must have just got it wrong. And then it turned out to be me."