Joe Manganiello ripped his bicep filming an elaborate stripping scene in 'Magic Mike XXL' but he insisted on carrying on filming with the injury, a feat which impressed director Gregory Jacobs. 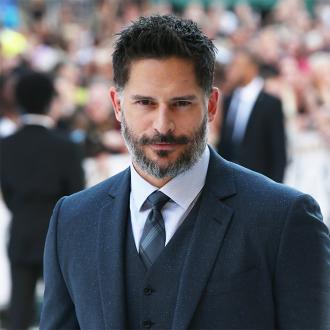 Gregory Jacobs was very impressed with Joe Manganiello when he ''powered'' through a serious injury on the set of 'Magic Mike XXL'.

The 38-year-old actor was performing an elaborate '50 Shades of Grey' inspired stripping scene as his character Big Dick Richie when the woman he was working with moved the wrong way causing him to tear his bicep muscle.

Despite being in agony, Manganiello was determined to finish the sequence involving him and an audience member on a sex swing, a feat which proved to director Jacobs what a great actor he is.

Speaking at the European premiere of the film at the Vue cinema in London's Leicester Square on Tuesday night (30.06.15), Jacobs said: ''Joe got injured, pretty bad. One of the women he was working with sort of moved the wrong way and he hurt his arm. But he powered through, he's a great athlete. He got back on the horse.''

Revealing how he refused to leave the set for medical treatment, he added: ''I was like, 'There's no way.' Tomorrow my arm's not going to move. We've got to go now.''

When Manganiello got his injury the rest of the stripper-playing cast - which includes Channing Tatum, Matt Bomer, Kevin Nash and Adam Rodriguez - were quick to check on their co-star.

Jacobs insists the real camaraderie that existed between the guys on set is evident in the ''bromance'' road trip story that plays out in the movie.

The filmmaker exclusively told BANG Showbiz: ''The camaraderie with the guys is real. What you see on screen is real with them, the guys are very supportive of each other and we all had a great time making the movie.

''The film is real about friendships between men and women and men and men, there's a big bromance element to it as well. It's a male stripper bromance and I think there's a likeability to the guys that means you want to be there with them.

''But I also think the movie does explore the (different) relationships between men and women as well. In this movie men and women are friends which is important.''