Could Frances Ha join the race for the Oscars? 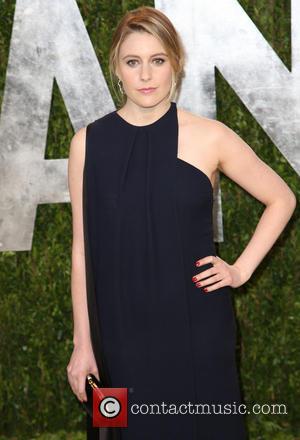 Noah Baumbach's new move Frances Ha is easily one of the best reviewed movies of the year. A 93% fresh score on review aggregating website Rotten Tomatoes sees in climb inside the year's Top 20, though most critics agree that Greta Gerwig's performance as an apprentice dancer in New York is the year's best.

Shot in black and white, this overtly cool indie-flick tale follows Frances and her best friend Sophie. When the latter moves out of their shared apartment to live with another friend, Frances is forced to figure her life out.

There's shades of Greenberg here, though whereas Ben Stiller was the focus in that movie (despite Gerwig stealing every scene), it is the 28-year-old from New York who maintains her position as one of the world's finest actresses.

"Anchored by a charming performance from Greta Gerwig, it's as light and breezy as a walk in Central Park, and just as refreshing," said Empire magazine.

Our very own Rich Cline said, "This film may look like one of those annoyingly mannered independent films, with its wacky young cast and arty-farty black and white photography, but it's actually a fresh, smart and very funny comedy."

Matthew Turner of ViewLondon continued the praise, writing of Frances Ha, "Brilliantly directed and beautifully shot, this is an utterly delightful, warm-hearted and very funny comedy with a wonderful script and a terrific central performance from Greta Gerwig."

It seems anyone with a decent camera and the ability to get to NYC has tried their hand at an indie-movie for the hipster generation, though Baumbach and Gerwig appear to have made a film that will join Woody Allen's Manhattan, Jonathan Ames' Bored to Death and, to some extent, Leah Dunham's Girls as a true love letter to the city and its inhabitants.