Guillermo Del Toro claims his new horror movie 'Crimson Peak' will be the most terrifying English-language film he has ever made. 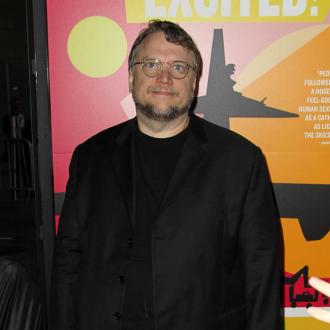 The director claims his upcoming haunted house flick won't be for the faint hearted and will be far more terrifying and adult than any English-language film he has made before.

del Toro told ShockTillYouDrop.com: ''It's an adult movie, an R-rated movie, pretty adult. Shockingly different from anything I've done in the English language.

''Normally, when I go to do a movie in America for the spectacle and younger audience, for 'Blade' or whatever. This movie's tone is scary and it's the first time I get to do a movie more akin to what I do in the Spanish movies.''

The film - which is expected to star Jessica Chastain, Emma Stone, Charlie Hunnam and Benedict Cumberbatch - will be one of the 'Pacific Rim' filmmaker's most violent to date and will shock viewers with its unexpected bloodshed.

Del Toro added: ''It has moments that are very visceral, physical violence. You're in this sort of sedate romance and then there is this brutal moment where you're like, ''Whoa!' ''

The acclaimed filmmaker also hinted his modern day ghost story would play with conventions of the genre and allow him to put his own stamp on Gothic horror.