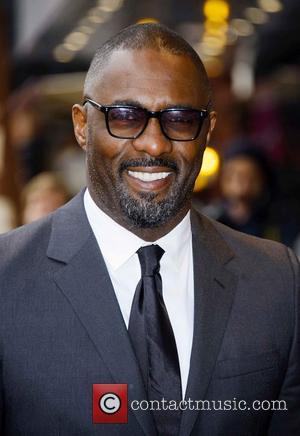 If you've been frantically refreshing Rotten Tomatoes for reviews of Guillermo Del Toro's monsters versus robots movie Pacific Rim, than quit it. Though the movie has garnered some negative press stateside with low tracking numbers, executives at Legendary Pictures and Warner Bros will have been doing huge freeze-frame high fives all around the office this morning after a certain rapper with a certain new album out gave the movie a gushing mini-review.

After a screening of Pacific Rim this week, Kanye West took to Twitter to tell his 9 million followers, "I saw a pre-screening of Pacific Rim yesterday and it's easily one of my favorite movies of all time," he wrote on Thursday, "This is not another 'Robot' movie.Guillermo del Toro is a master." Though marketers behind the movie will be bashing their heads against keyboards trying to figure out why they didn't think of 'This is not another Robot movie' for the tagline, it's generally good news all round for a movie that costs an eye-popping $180 million to make. Cinematic audiences appear to be shunning the blockbusters this summer in favour of feel-good animated movies (see Despicable Me 2, The Lone Ranger), though Pacific Rim has little to beat in terms of debuts. It goes up against Sony's Adam Sandler comedy Grown Ups 2 on July 12 which will undoubtedly pull in the crowds, though won't run away with the box-office top spot.

Pacific Rim revolves around an alien invasion of Earth that forces humans to build - you guessed it - giant robots to combat the evil monsters. In an almost unnervingly low-key cast, British star Idris Elba leads the film as the wonderfully named Stacker Pentecost.