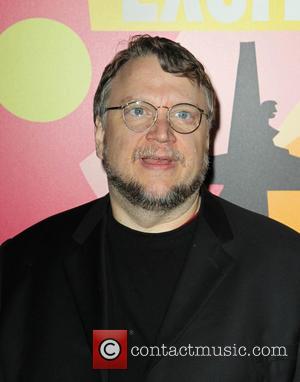 So there's the question. What links one of the Hollywood's most famous directors - Guillermo Del Toro - with British band Keane? Well, we're going to tell you. It's the wave.  The Hokusai wave, of course. The new movie is set in a near future where soldiers pilot giant mecha into battle against invading giant monsters who have risen from the sea. Sounds mental doesn't it?

Clearly, there's been plenty of varied inspiration for Pacific Rim though probably none more than the work of Japanese artist Katsushika Hokusai, particularly his famous print The Great Wave off Kanagawa. Created in the 1820s, the striking image of a crashing wave is one of the most famous pieces of Japanese art - you'll know. "I would say 'Give me a Hokusai wave,' " del Toro told Variety of his inspiration. "I think (the vfx team) did a tremendous job; we use the waves and weather in the movie very operatically."

Hokusai's famed image has inspired tons of artists, including the English rock band Keane whose 2006 album Under the Iron Sea took inspiration from the image for the artwork. The album went in at No.1 on the UK chart and No.4 on the Billboard 200. It has since sold 3,000,000 copies worldwide.