Dj Ashba Escorted Out Of Concert After Fight

GUNS N' ROSES Rocker DJ Ashba And His Wife Were Escorted Out Of A Concert Over The Weekend (23-24may15) After Clashing With Members Of The Audience. 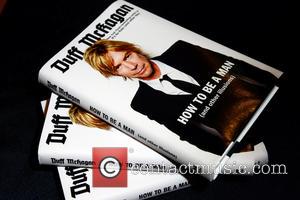 Picture: View of books on Display - Guns N' Roses basssist Duff McKagan signs copies of his new book 'How to Be a Man (And Other...

The guitarist became embroiled in a bust-up with at least two other gig-goers at a Romeo Santos concert at Planet Hollywood in Las Vegas on Sunday (24May15).

Video footage obtained by TMZ.com shows security guards trying to intervene in the confrontation and hold both groups away from each other.

According to editors at the site, Ashba and his wife Nathalia were escorted outside the venue with several others involved in the bust-up. Police issued citations for misdemeanour battery to some of those involved but Ashba and his wife were declared innocent.