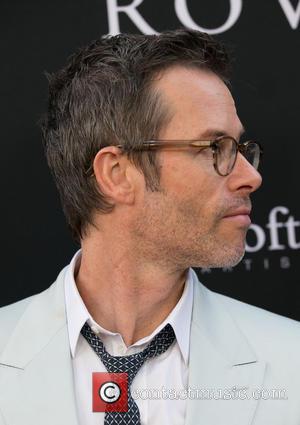 Australian actor Guy Pearce credits rocker Nick Cave with helping to end his drug-taking by offering him a role in 2005 movie The Proposition.

The star became a heavy marijuana smoker as he struggled to follow up his role in 2000 thriller Memento with another blockbuster.

For the majority of 2002, he was housebound and cut himself off from all contact so he could spend his days smoking pot, but it was a surprise call from fellow Australian Cave, who was working on a soundtrack to the Western movie, that turned his life around.

Pearce tells Australian GQ magazine, "There was no conscious reason to my all-day, everyday pot smoking other than I was overworked and thought being high was great fun. It's a terrible thing to advocate, but I'm not the first person to talk about drug taking and creativity in the same sentence and the fact is, I was hooked on it... I loved the altered state marijuana brought me and I really enjoyed making music and delving into films through the prism of pot...

"Strangely, it was Nick Cave who got me out of it. The phone rang at home and of course I was stoned and didn't answer. This big baritone voice started on the answering machine: 'Look I'm sorry to be calling you at home, Guy. It's Nick Cave. We've sent you a script and I dunno if you're interested...' By now I was giggling under the sofa going, 'Faaaark (sic) man, it's Nick Cave'."

The role relaunched Pearce's career and he has since starred in a number of big Hollywood productions, including The Hurt Locker.