Guy Pearce says he doesn't think he will ever become a dad because fatherhood is too hard. 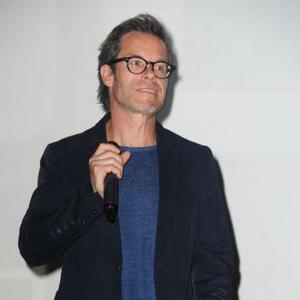 Guy Pearce thinks he ''blows too hot and cold'' to be a father.

The 'Prometheus' actor - who has been married to wife Kate since 1997 - believes his moods are too inconsistent for him to ever become a parent, although he admits having a child is ''one of the most incredible things in the world''.

He said: ''I'm not consistent enough to be a parent - I blow too hot and cold. Kate jokes that we'd end up on the news for throwing a child out of the window.

''I completely acknowledge that having kids has got to be one of the most incredible things in the world, but it's also really hard work.''

The 44-year-old star - who shot to fame as Mike Young in Australian soap 'Neighbours' in the late 1980s - believes admitting your own mistakes is important to having a lasting marriage, and he doesn't think couples who ever take a break during their relationship should get back together.

He added: ''The secret to marriage is being prepared to put your ego aside and say you made a mistake and that you are sorry.

''When people have small fights and break up, I think it's because they subconsciously know they don't really want to be together.''