Guy Pearce is set to play the main villain in 'Iron Man 3' with Sir Ben Kingsley as his villanous partner. 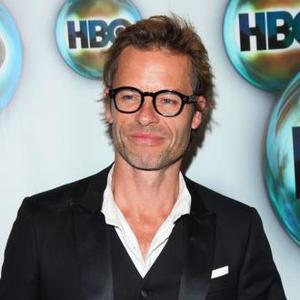 Guy Pearce will play the main villain in 'Iron Man 3'.

The Australian actor is set to star as scientist Aldrich Killian - the man responsible for creating the Extremis project which he will use to power his 'Extremis Army' - in the latest instalment of the Marvel superhero franchise, while Sir Ben Kingsley will play his villanous partner, according to Latin-review.com.

It had previously been thought that Ben's character would be the main threat to Iron Man.

Meanwhile James Badge Dale and Ashley Hamilton are set to play Coldblood and Firepower respectively, a pair of super-powered individuals who derive their powers from Killian's pioneering technology.

Additionally, according to Total Film, leaked on-set images have shown that Patriot Armour, a cross between Iron Man's suit and Captain America's, will make an appearance in the new film.

Robert Downey Jr. will once again star as the titular hero with Rebecca Hall set to join the cast as a ''sexy scientist'', believed to be Dr. Maya Hansen from the Extremis story arc.

The genetic engineer is responsible for creating a new virus which targets nanotechnology, which is also used by Tony Stark/Iron Man (Robert Downey Jr.), leaving him vulnerable when it lands in the hands of his enemies.