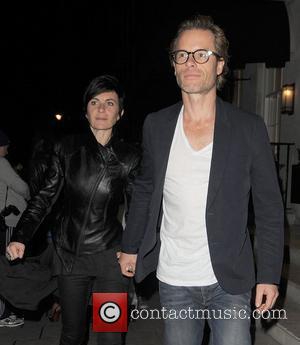 Australian actor Guy Pearce has credited his wife and his sister with keeping him grounded throughout his Hollywood career.
The Memento star has learned invaluable lessons from his partner Kate Mestitz and older sister, Tracy, who suffers from Cornelia de Lange syndrome, a disorder which affects intellectual and physical development.
He tells British publication The Observer Magazine, "I like to think I have empathy. Growing up with a sibling with special needs opened my eyes to things. You think differently when you see how she struggles with the world and the care she needs."
Pearce admits his psychologist wife Mestitz, who he met at school when he was 12 years old, helped him remain humble despite his international success.
He adds, "Having a partner who has nothing to do with Hollywood helps keep things in perspective. Our life is not in any way centred around celebrity, partly because we live in Melbourne and partly because of my reluctance to be involved in it."