Clarence House today (23.04.11) revealed the official guest list for the Royal Wedding of Prince William to Kate Middleton next week - and Guy Richie and Joss Stone are both invited. 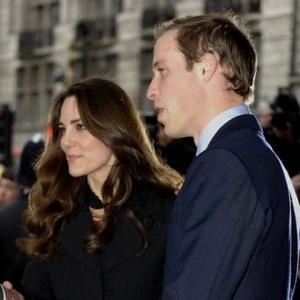 Guy Richie and Joss Stone are on the guest list for the Royal Wedding.

Clarence House today (23.04.11) revealed the official list and seating plan of those invited to the nuptials of Prince William and Kate Middleton next Friday (29.04.11) and the British film director and singer are included.

Clarence House stated that Guy is "a friend of Prince William and Miss Middleton" while Joss is likely to have become friendly with the couple after performing at the Concert for Diana at Wembley in 2007 and at City Salute in 2008.

The list also shows all the royals, dignitaries and politicians who are going - but noticeably absent was Sarah Ferguson, although her two daughters Princesses Eugenie and Beatrice and her ex-husband Prince Andrew are attending.

Also included are 15 members of Kate's family - including her uncle Gary Goldsmith, who was reportedly reconsidered on the list after he allegedly boasted about his connections to the royal family - and Australian Olympic swimmer Ian Thorpe, the King of Swaziland, the King of Tonga, Prince Constantine of Greece, The Queen of Spain and Sheikh Ahmad Hmoud Al-Sabah of Kuwait.

Kate's immediate family will be sitting in the "north lantern" on the abbey, sharing the aisle with the royal family.

The Spencers - who are the prince's family from his late mother Princess Diana's side - will sit with foreign royals directly behind and diplomats and friends of William will sit off to the sides.