Guy Ritchie is not a fan of sequels but couldn't turn down the chance to make another 'Sherlock Holmes' movie. 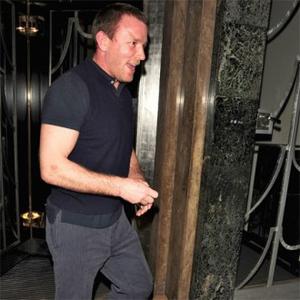 The filmmaker is normally reluctant to work on sequels but couldn't resist the chance to work with Robert Downey Jr. and Jude Law - who play the titular detective and his sidekick Doctor Watson - again so was happy to sign up to helm 'Sherlock Holmes: A Game Of Shadows'.

He said: "I can't help myself. They wanted this to be a franchise, which, in my mind, needs at least two movies. But I really liked working with the team on the first movie, so this was an easy choice."

The sequel to the 2009 film follows the detective as he tries to outwit James Moriarty, the most famous villain in the series - which is based on Sir Arthur Conan Doyle's books - and Guy thinks Jared Harris has made the character a "believable" bad guy who audiences can relate to.

He told the USA Today newspaper: "Moriarty is one of the most famous villains of all time. But we didn't want to make him a conventional character. The challenge was to still make him modern, believable.

"Jared brings a depth, a realism, that everyone was really excited about. He's very relatable."

'Sherlock Holmes: A Game Of Shadows' is scheduled for release on December 16.