Guy Ritchie Was Too Drunk To Remember Son's Speech At Wedding

Director Guy Ritchie Has Confessed He Was Too Drunk To Remember His Son Rocco's Speech At His Recent Wedding. 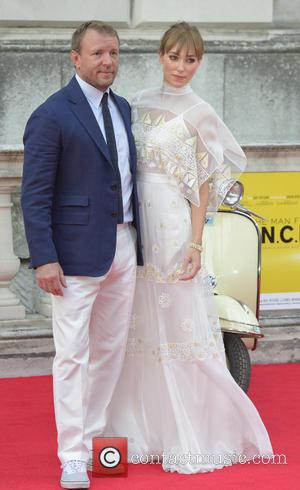 The Lock Stock and Two Smoking Barrels director wed his long-term partner Jacqui Ainsley at their sprawling estate in Salisbury, England on 30 Jul (15), and his son Rocco, from his previous marriage to pop superstar Madonna, gave a speech at the reception.

Ritchie shared a photo of the guests laughing at the 14-year-old's speech in a post on Instagram.com, but told British newspaper The Sun that he has no idea what his son said, adding, "I was in no condition to remember."

The newlyweds, who have five children - Rocco and David from Ritchie's marriage to Madonna, as well as Rafael, Rivka and Levi from their own relationship - tied the knot in front of Hollywood stars including Brad Pitt, Henry Cavill and Armie Hammer. David Beckham also attended the nuptials, and Ritchie - who offered the soccer star parts in two of his recent movies - admits he was impressed with Beckham's acting ability.

Ritchie also revealed that Tom Cruise was originally lined up to play U.S. spy Napoleon Solo in his recent The Man From U.N.C.L.E. remake, but after the deal fell through, the part was offered to Superman star Henry Cavill. The director says, "I like the Cruister (sic). Deal-making in Hollywood is tricky and somehow the deal didn't work out."