Guy Ritchie has got married for the second time, to longterm partner Jacqui Ainsley, at their Wiltshire estate today (30.07.15). 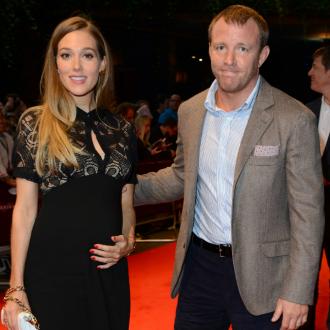 Guy Ritchie has got married.

The 'Man From U.N.C.L.E.' filmmaker tied the knot with Jacqui Ainsley - the mother of his children Rafael, three, Rivka, two, and 13-month-old Levi - in a ceremony at their Ashcombe House estate in Wiltshire, South West England, earlier today (30.07.15).

A host of famous faces were seen arriving at the nuptials - which were believed to have a music festival theme - including soccer star David Beckham, socialite Jemima Khan, film producer Eric Fellner and his partner Laura Bailey, and actress Zoe Lucker, the MailOnline reports.

In addition, Gwyneth Paltrow, Brad Pitt, Sting and his wife Trudie Styler, and George Clooney and with Amal were also believed to have been on the guest list.

The grounds of the estate had rows of luxury cabins set up for guests to stay, as well as a big marquee where the reception was expected to take place.

Earlier today, David spoke of his excitement at attending the wedding of the 46-year-old filmmaker - who has sons Rocco, 14, and David, nine, with ex-wife Madonna - and the 43-year-old beauty.

Alongside a photo of himself and Guy, he wrote on Instagram: ''What a beautiful day today is going to be...

''I want to wish my mate and his beautiful bride an amazing day where friends and family come together to celebrate what they have and are going to create together over the years to come.

The couple started dating in April 2010 after meeting at friend's party the year before, announcing their engagement shortly before Rivka was born in November 2012.