Gwen Stefani and her husband Gavin Rossdale are expecting their third child together, it has been claimed. 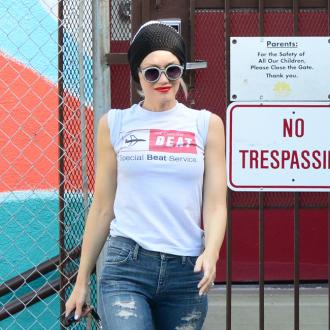 Gwen Stefani is reportedly pregnant with her third child.

The 43-year-old singer and her husband Gavin Rossdale are said to expecting a sibling for their sons, Kingston, seven, and five-year-old Zuma.

The couple are delighted with the happy news and Gwen has already started nesting in preparation for the tot.

A source told In Touch Weekly magazine: ''Gwen and Gavin couldn't be happier. She's just trying to focus on resting right now. She wants to make sure that all is well with the baby.''

Gwen has previously admitted she wanted a third, and revealed she and Gavin, 47, tried for a baby in 2010.

She said: ''I really, really, really wanted one. It didn't really work out. So I feel good with what we've got. Everything works out how it should. You can't plan everything, right? You can try.''

Despite her incredible pop success, Gwen has also stated her greatest achievement in life has been having a family.

She previously said: ''My biggest accomplishment is my marriage so far. Because it's hard, everyone knows it's hard. Marriage is something that I always wanted to do successfully. It was a dream of mine. I like the official-ness and the family-ness of it all, having the same name and making decisions together.''