Gwen Stefani Almost Missed Out On The Chance To Work With Rapper Eminem On His New Track Because She Was Struggling With Vocal Issues On The Day Producers Needed Her In The Studio. 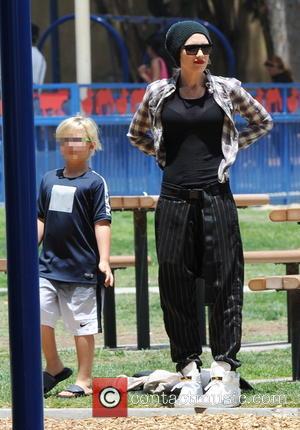 The No Doubt star was so excited when she first got the call to team up with Eminem for Kings Never Die, but her joy turned to despair as she learned the producers had a very limited window for Stefani to record her vocals.

She tells Entertainment Weekly, "The process was really simple. One of his guys came and played me the song and then I was like, 'Yeah, I like it! Amazing!'

"I've always wanted to work with him - he's a genius - and then all of a sudden they called me and said, 'It has to be done today', and I was like, 'Ah, my voice' - I had a cough or something. I went in and I made it happen, but it was like, barely."

Despite her voice problems, Stefani admits she is a big fan of the finished mix.

She continues, "It was like, 'God, why does today have to be the day my voice is not happening?' But it ended up turning out good. I wanted to do something with him for so long and I feel honoured. He's very selective. I feel really honoured."