No Doubt working on new music

Gwen Stefani has confirmed that No Doubt are working on new music, also suggesting that her solo album could be released before the end of the year. 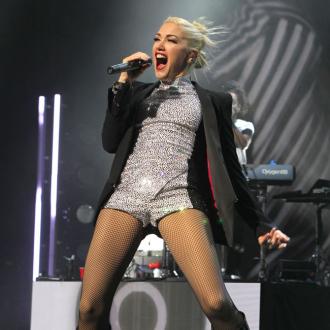 No Doubt are recording new music.

Frontwoman Gwen Stefani confirmed during a twitter Q&A on Monday (21.10.14) that the band have recently teamed up once again to work on new tracks.

Responding to one fan who asked whether the 'Don't Speak' hitmakers had plans to follow up their sixth studio album 'Push and Shove' from 2012, she wrote: ''We're actually working on new music now.... (sic)''

The 45-year-old singer also spoke to users of the popular social networking site about her new music, following the unveiling of her new single 'Baby Don't Lie', explaining that she hopes to release her first solo album in eight years before the end of the year.

When asked when the record would be released, she said: ''Hopefully if all goes well, sometime in Dec. (sic)''

The 'Hollaback Girl' singer - who is currently a coach on NBC's 'The Voice' - went on to talk about what fans can expect of the anticipated record, hinting that she will be teaming up with lots of other artists for her new music.

She told one fan that ''the entire album is a collaboration,'' also revealing that she would like to collaborate with 'Swimming Pools' rapper Kendrick Lamar.