Gwyneth Paltrow admits she and husband Chris Martin were starstruck meeting Psy at the Met Ball and cornered him for a picture so they could show their kids. 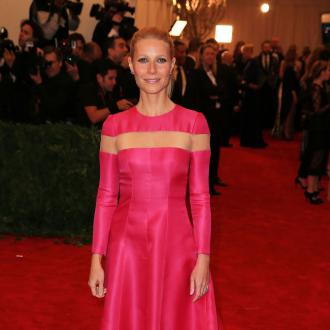 Gwyneth Paltrow and Chris Martin were determined to get a picture with Psy at the Met Ball.

The 'Iron Man 3' actress and her Coldplay singer husband were surprisingly starstruck when they spotted the 'Gangnam Style' hitmaker at the Costume Institute Gala in New York City on Monday (06.05.13), and asked him for a snap so they could show their children, Apple, eight, and seven-year-old Moses.

In an interview with Australian radio station 2DayFM's 'Kyle and Jackie O Show', Gwyneth recalled: ''Our son is obsessed with him. So Chris sees him and says, 'Oh my God, there's PSY.' I thought it was P-S-Y, so I was like, 'Who's PSY?'

''So we went up and Chris was like, 'Hello, I'm from the band Coldplay'. PSY didn't seem to know who he was, but then he put it together and he was really happy to meet Chris. We said, 'We're so sorry to bother you but can we have a picture for our children?' And we sent it to the kids, like, 'Yeah, check it!' ''

Meeting the South Korean star was the highlight of an otherwise dull evening for Gwyneth, however, as she thought the star-studded Met Ball - which was also attended by the likes of Madonna, Beyonce and Jennifer Lawrence - ''sucked''.

She said: ''Do you want me to be honest? It sucked. It seems like the best thing in the world. You always think this is going to be so glamorous and amazing and you'll see all these people. But you get there, it's so hot, it's so crowded, everyone is pushing you... This year it was so intense, it wasn't fun.''

The 40-year-old actress isn't the only celebrity who was in a bad mood; Gwyneth claims rapper Kanye West, one of the musical performers on the night, was ''furious'' for unknown reasons.

She said: ''Kanye West was playing, he was furious. He threw his microphone down - I don't know why. It was all drama.''