Gwyneth Paltrow And Chris Martin Have Reportedly Agreed To Split Everything They Own Equally In Their Divorce Deal. 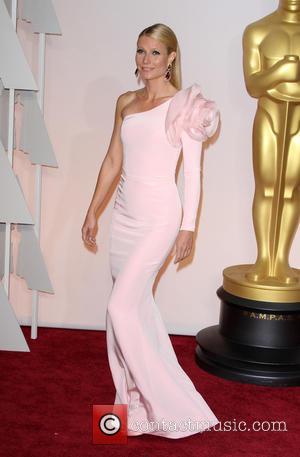 Picture: Gwyneth Paltrow - Hollywood's biggest stars were snapped on the red carpet as they arrived for the 87th Annual Oscars awards ceremony which was held...

The Iron Man star announced she and the Coldplay singer were "conscious uncoupling" in March, 2014, but they have remained on good terms ever since.

According to Britain's Sunday Mirror newspaper, the pair will share custody of their children Apple, 10, and Moses, nine, and they will split their $320 million (£200 million) combined fortune in half.

A source tells the publication, "They're worth pretty much the same amount so are planning to halve everything. They have too much dignity to row about who has what, who should have the most money and who should see most of the kids."

Paltrow and Martin have been finalising the details of their divorce, and have reportedly decided Paltrow will remain in their family home in Los Angeles, while the English rocker will spend most of his time in nearby Malibu, California so he can be close to their children.

Since separating, Paltrow has been spotted out with TV executive and Glee producer Brad Falchuk, and Martin has been linked to actress Jennifer Lawrence.

More: Jennifer Lawrence & Nicholas Hoult Agree To Ignore Each Other ...