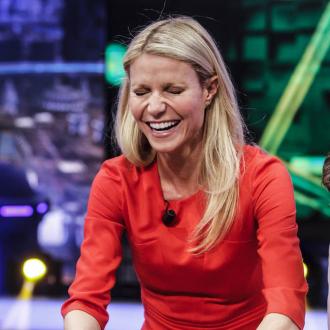 Gwyneth Paltrow has volunteered to be auctioned off as a lunch date.

The 'Iron Man 3' star - who is married to Coldplay star Chris Martin with whom she shares two children Apple, eight and Moses, six, - has agreed to take part in a charity auction to raise funds for victims of Hurricane Sandy as part of the Council of Fashion Designers of America and Vogue's newly launched initiative Fashion for Sandy Relief.

An intimate lunch with celebrity chef Mario Batali and the 40-year-old actress - who is also an enthusiastic chef and published her own successful cookbook 'My Father's Daughter' last year - is being offered to the highest bidder via the website Charitybuzz.com.

Another lot on offer for a minimum of $10,000 involves attending a New York Fashion Week show with Vogue editor Anna Wintour along with a tour of Vogue's New York offices, lunch in the magazine's stylish cafeteria and a special goodie bag.

Meanwhile fashion designer Michael Kors is the latest celebrity to donate to support relief efforts in the city and has pledged $1 million to the American Red Cross Disaster Relief Fund.

He told Women's Wear Daily magazine: ''As a New York-based company, to see so many of our employees, customers and neighbours so greatly affected by Hurricane Sandy is unfathomable. Being a lifelong New Yorker myself, born and bred on the beaches of Long Island, to see this devastation and loss is heart-breaking. We are making this donation in hopes that we can help all those whose lives have been irrevocably altered by Hurricane Sandy.''