Gwyneth Paltrow has vowed to never dabble with Botox ever again after the procedure left her looking ''crazy''. 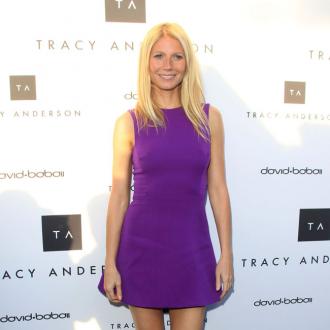 The 40-year-old actress thought she looked ''crazy'' when she tried the cosmetic injection to reduce the appearance of her wrinkles, and has since vowed to keep her skin looking young by using all-natural methods.

She confessed to the new US issue of Harper's Bazaar magazine: ''I would be scared to go under the knife, but you know, talk to me when I'm 50.

''I'll try anything. Except I won't do Botox again, because I looked crazy. I looked like Joan Rivers!''

The mother-of-two - who has daughter, Apple, eight, and Moses, six with her husband Chris Martin - has a hard time sticking to her strict healthy-living plan and admitted she allows herself one cigarette per week.

She said: ''I think it's a mix. You know, I use organic products, but I get lasers. It's what makes life interesting, finding the balance between cigarettes and tofu.''

Gwyneth isn't averse to testing new beauty fads like a new laser treatment called Thermage, and is happy to grit her teeth thought the pain if it makes her look better.

She recalled: ''I went out to dinner right afterward and I didn't look crazy, but it's quite painful. It feels like someone's smacking your face with a rubber band that has an electric shock in it.

''But I would do it again, because I feel like it took five years off my face.''