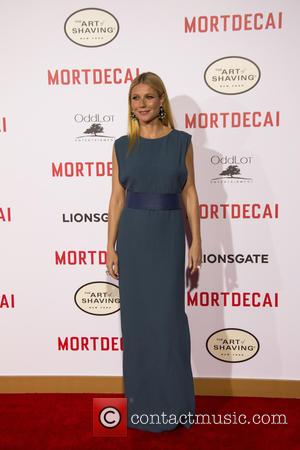 Gwyneth Paltrow realised her marriage to Chris Martin was heading for divorce in 2012, two years before publicly announcing their separation.

The Iron Man star announced she and the Coldplay singer were "conscious uncoupling" in March, 2014, and vowed to remain friends with her ex for the sake of their two children.

Paltrow now reveals the relationship actually began to unravel two years earlier, and she even quizzed her Mortdecai co-star Johnny Depp for advice about the impact his 2012 break-up with his partner of 14 years, Vanessa Paradis, had on their young kids.

She tells Marie Claire Australia, "Nobody knew what Chris and I had been going through, so I didn't say, 'Hey, this is what's happening,' but I did ask him mostly children-centric questions, like, 'How is it on them?' and 'How did you do it?'"

Paltrow admits her separation from Martin is "very sad", but she is glad they have been able to stay close for the sake of their daughter Apple and son Moses.

She says, "We've worked really f**king hard to get to (this) point. But we're very, very close, and it's so nice. I feel like it's, in a way, the relationship we were meant to have."